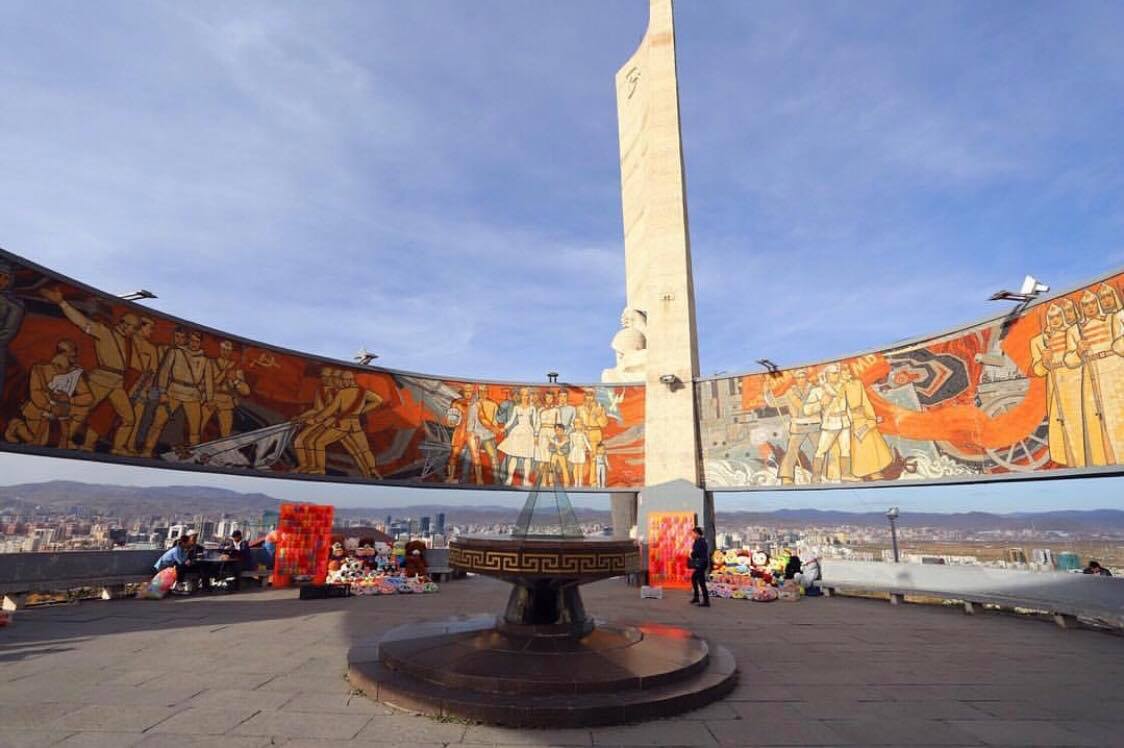 Zaisan Memorial is located in the southern area of Ulaanbaatar, close to the Tula River. Mongolians that honors allied Mongolian and Sovied soldiers killed in World War 2. The memorial features a circular memorial painting that depicts scenes of friendship between the people of the Union of Soviet Socialist Republics and Mongolia.

The tile color pattern is based on the friendship between the Union of Soviet Socialist Republics and Mongolia. It vividly reproduces the Soviet support for Mongolia in 1921. The scene, the scene of the 1939 Soviet army defeating the Japanese Kwantung Army on the Mongolian border and the scenes of major historical moments including the former Soviet space flight. In 2003, a tank memorial, which previously had been located on a crossroads between Zaisan and the city center, was moved to the foot of the hill. It features a Soviet tank from a brigade paid for by the Mongolian people. The tank memorial includes a map showing the route the brigade took from Moscow  in 1943 to its participation in the fall of Berlin in 1945.