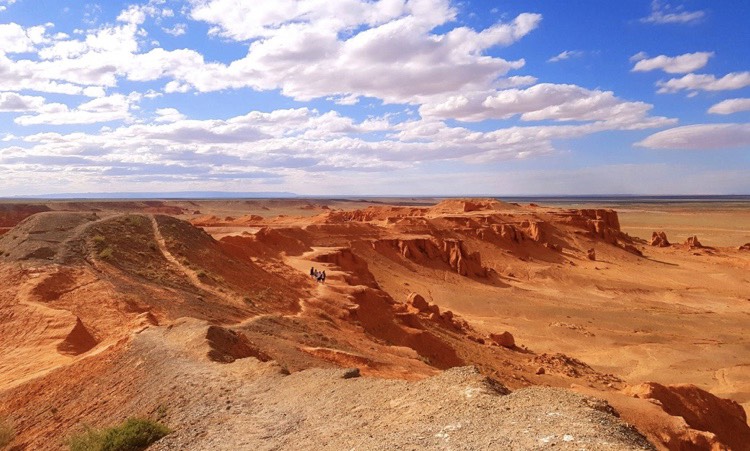 There are many famous areas in SouthGobi. One of the famous place is Bayanzag, it is an ancient, long-established place. This place was so excited about 60 to 70 million years ago that many ergonomic discoveries were discovered there. This place is known as the Flame Cliff, named after the American explorer Roy Andrew Chapman, who visited Mongolia in 1920. During two years, he searched the Mongolian Gobi Desert and discovered dinosaur fossils from Bayanzag in the Nemekht Mountains. He used 70 camels to bring the paleontological items found. Chapman exhibited a large skeleton of Mongolian dinosaurs at the Ulaanbaatar Museum of Natural History. He discovered about 10 different dinosaurs from science, 8 of which were discovered from Mongolia.